Kinshasa: Prince EPENGE will open case against Ngobila and the PNC 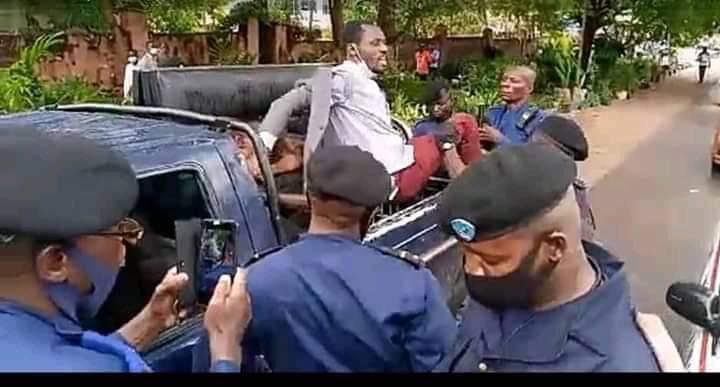 The governor of the city of Kinshasa and the Congolese National Police/City of Kinshasa may be brought to court. Prince Epenge has promised to enforce rights after his arrest.

After being arrested and then released for demonstrating in front of the Rwandan embassy in Kinshasa on Friday 18 February, Prince Epenge, a member of Martin Fayulu’s ECIDÉ political party, announced that he will take legal action against the governor of Kinshasa and the PNC. For him, his rights have been violated.

“I will file a complaint against NGOBILA and the political police of TSHISEKEDI for the violation of my constitutional rights.
Our freedom of demonstration is non-negotiable. We will take to the streets soon for the sake of our suffering people,” he said.

Several members of the party dear to Martin Fayulu, unfortunate candidate in the December 2018 election, were arrested outside the Rwandan embassy during the peaceful march.