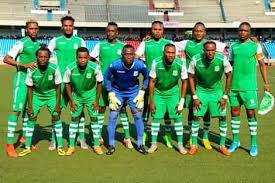 Misfortune never ceases to invade the Daring Club Motema Pembe. Eliminated in the framing round of the CAF Cup by Al Ahli Bengazhi of Libya, DCMP runs the risk of exclusion from all official competitions. Daring will again have to pay a financial fine for non-compliance with the contract, confirms the International Federation of Association Football (FIFA). This is about a complaint lodged against him by the Cameroonian player Paul Ndjock.

FIFA’s letter to the Fédération Congolaise de Football Association (FECOFA) states that Daring Club Motema Pembe is to pay a fine of US$88,884. This is as compensation to the player. The Kinshasa club is obliged to pay this amount within the next 15 days. Otherwise, he will be excluded from any official competition for 6 months.

Already banned from recruiting new players this season for similar reasons, Daring Club Motema Pembe is going through the worst moment of its season. As a result, everything is already becoming much more complicated for the Immaculate. At the level of the national Linafoot championship, the club is in 7th position. An uncomfortable position that does not ensure a place in the next CAF interclubs.

As a reminder, the Brazzaville goalkeeper Mouko Barel had even signed his departure. He had packed his bags a few days before Daring Club Motema Pembe travelled to Egypt to meet Al Ahli Bengazhi. The team should first of all settle its disputes with the former Lille goalkeeper before continuing the adventure. He subsequently joined the club in Egypt. Decidedly, the Kinshasa club has been experiencing difficulties for some time in honouring its commitments. What future for the club if it has to be excluded from official competitions?

The management of Daring Club Motema Pembe did not want to react at this stage. Nevertheless, a crisis meeting has just been called to try to find a solution to this sensitive issue which has a considerable impact on the future of the club.