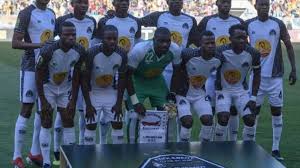 Another blank draw for TP Mazembe in the Champions League of the Confederation of African Football (CAF).

The crows were satisfied with a white draw (0-0) against Al Hilal in Sudan on Wednesday 24th of 2021. It is in the match of the 2nd day of Group B.

Les Bleus de Khartoum tried to set the pace from the start of the match, but their assault is far from worrying goalkeeper Ibrahim Mounkoro.

He managed to win the first dangerous duel of the game by taking Mask Jesus’ free kick in the third minute. The Ravens were surprised by this blow right from the start.

On the Congolese side, nothing seems to work. Pamphile Mihayo used his two defensive midfielders. He places Isaac Tshibangu in the animation of the game .
It was difficult for Mazembe to deceive the vigilance of the Tanzanian defence.

When they came back from the changing rooms, they had to change the game at all costs. At the 64th minute, Freddy Djédjé and Gondry Sidi replaced Bossu Nzali and Mayombo respectively.

A change of men that will bring absolutely nothing in the attacking system of TP Mazembe. In the 73rd minute, Mazembe missed a very good opportunity that almost hit the target in Al Hilal.

Martial Cédric Zemba was sent off just a few minutes before the end of the match for having pressed his tackle and hit the Bali on a Raven.

With this result, TP Mazembe has two points, after a draw at home he will have to prepare thoroughly for the next double confrontation against the South Africans Mamelodi Sundowns.