Michée Mulumba, the Head of State’s Assistant : “Who is this 36-year-old who whispers in the ear of the President of the Republic? 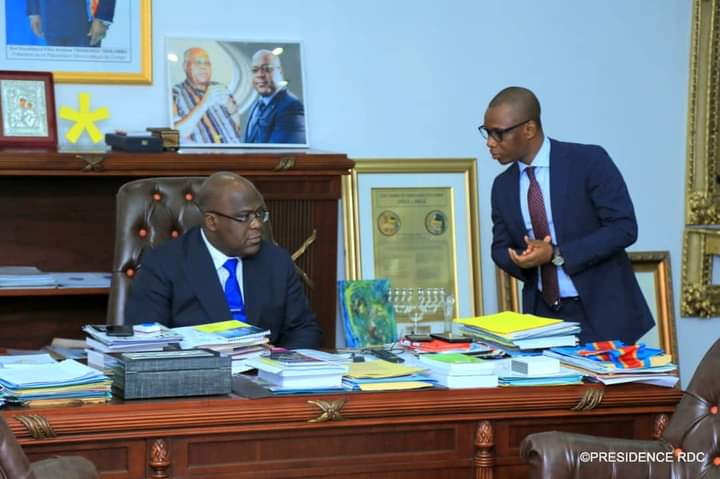 When you search the archives of ten years ago of the man who is leading over the destiny of the Democratic Republic of Congo since January 24, 2019, you can easily and often find pictures of a young man next to Felix Tshisekedi. It is Micée Mulumba. The relationship between the President of the Republic Félix Tshisekedi and his Assistant Michée Mulumba does not date back to 24 January 2019. 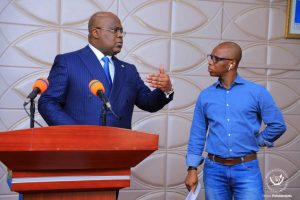 For many people, Michée Mulumba would be the Tshisekedi’s family, but he’s not. Considered one of the youngest in the cabinet, but also one of the most trusted men of the President of the Republic, Michée Mulumba, holds with three other colleagues, the position of Assistant to the Head of State. A college of four members namely Fanny Bomandeke, Paul Mundela, Lina Muvaro and himself.

A graduated in journalism and with a bachelor’s degree in social communication from the Faculty Institute of Information and Communication Sciences, Michée Mulumna is a passionate tennis fan. It is after a game of tennis that this close collaborator of the Head of State starts his day. At tennis, the Assistant to the Head of State gives it his all to his heart’s content.

It was on a Sunday morning that 24 News Agency, with his agreement, decided to visit him during his training session. After a game played with his coach, Michée Mulumba gave us some of his time. The question was, how did a young man of this old and in such a turbulent socio-political context manage to occupy such an important position alongside the President of the Republic? 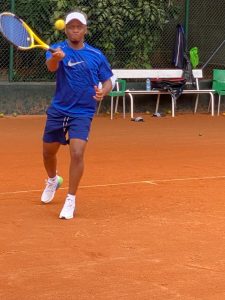 For many, Michée Mulumba would be of the Tshisekedi family. No, he is not.  all starts, on social networks.  Indeed, it is on Facebook that Félix Tshisekedi discovered a very active 26 year old committed to the fight against the dictatorship. His analyses and publications supporting the party of the Sphinx of Limete attract the attention of Félix Tshisekedi. We are in 2010, only one year before the elections, the second of its kind under the Kabila regime.

From Brussels, where he lives, Félix Tshisekedi, who is the Deputy National Secretary for External Relations of the Union for Democracy and Social Progress, and who is also passionate about social networks, is interested in this young man’s publications.

He shows up to encourage him. The first contact is thus established between the two. Michée Mulumba took the opportunity to propose to Felix Tshisekedi to take care of his communication. The son of the Sphinx grants it to him and it is the beginning of such a close relationship which, moreover, plunges this young man into the active struggle alongside the son of Etienne Tshisekedi.

A few months later, during the same year, Félix Tshisekedi arrived in Kinshasa. In 2010, in Kinshasa, I met him and we talked. I offered to take care of his communication and he accepted”, says Micée Mulumba. Then Felix returned to Belgium where he lives. Before the 2011 elections, Félix Tshisekedi returns to Kinshasa again. He had to apply for the national deputation, but with an embarrassment of choice on the constituency to which he was going to run. Already counted among his collaborators, he confided in this young man to have his point of view. 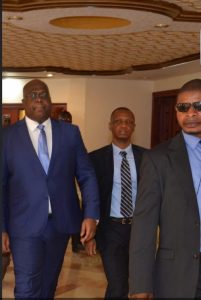 ‘’ He was thinking of doing it in Kinshasa. I suggested that he run in Kassaï. I was obviously not alone in his cercle. He asked for a period of reflection before deciding. And finally he opted for my proposal, after of course having heard the opinions of others in his entourage. This idea was also supported by, Guy Lufuluabo, a close friend of Fatshi’s, ”may his soul rest in peace ” says Micée Mulumba.

In the preparations for these elections in which the Union for Democracy and Social Progress should take part, which five years earlier had boycotted the elections on the orders of its president, the charismatic Etienne Tshisekedi, Felix Tshisekedi entrusted this young man with the position of communication officer for his campaign.

” I felt more ease in communication and I suggestes to him to take charge of the communication of his campaign, he accepted.  Since then we have built up a close relationship and he has travelled with me to Europe several times. We also went through difficult times in the opposition. He took charge of my university’s fee at the Institut facultaire des Sciences de l’Information Communication Sciences. I was later his press officer when he became deputy general secretary of the party and president of the party. We have thus progressed together until the presidential election of 2018 which brought him to power” revealed this former Ifasic student.

In this context of a first peaceful alternation of power, while the coalition that brought Félix Tshisekedi to power, which did not succeed in doing better in the legislative, not easy to give enough positions to staff. To find oneself in the square of the Head of State is a question of confidence.

‘’He didn’t abandon me and he wasn’t obliged to take me into his team, but he did. You know, I have had excellent relations with Fatshi for ten years. But he could also abandon me in favour of other people. Taking me on and in this position is a sign of the Chief’s confidence in me ”. He says 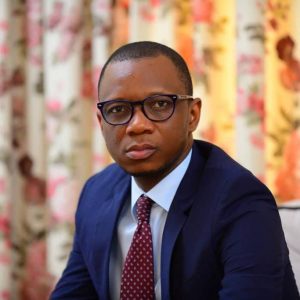 Holding such a strategic position alongside the country’s leading citizen, it is possible to lose a little bit control. And above all, when you have not really been prepared for such of responsibility. After the initial fright at the beginning, almost two years with Fatshi under a different hat, Micée Mulumba has mastered the situation and his responsibilities.

Shy, but more observant, the Assistant of the President of the Republic is a man who is stingy with his words. A little self-effacing, he only acts when necessary. For those who do not know him, it is therefore difficult to realise that one is dealing with a close collaborator of the Head of State, especially when he is without his bodyguard. When you occupy such a position, you impose certain disciplines on yourself because it is the image of the Head of State that is at stake.

‘’ I like to remain anonymous.  My actions can be interpreted in different ways because I am in the square of the Head of State. I have disciplined myself enough not to tarnish the image of the Chief. I no longer frequent certain public places, bars or nightclubs. You’ll never see me pressuring motorists or PCRs if I’m stuck in traffic jams”. 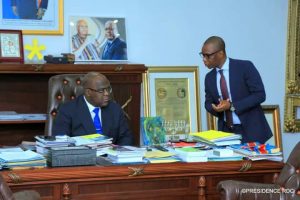 Loyalty, loyalty, abnegation and respect are the key words that characterise Michée Mulumba towards the President of the Republic. who is also considered a father. He has been living for years under the roof of Félix Tshisekedi, and in the city of the African Union since Joseph Kabila’s successor has been living there. He is therefore a house son who knows Félix Tshisekedi well, the man who has presided over the destiny of the DRC for almost two years.