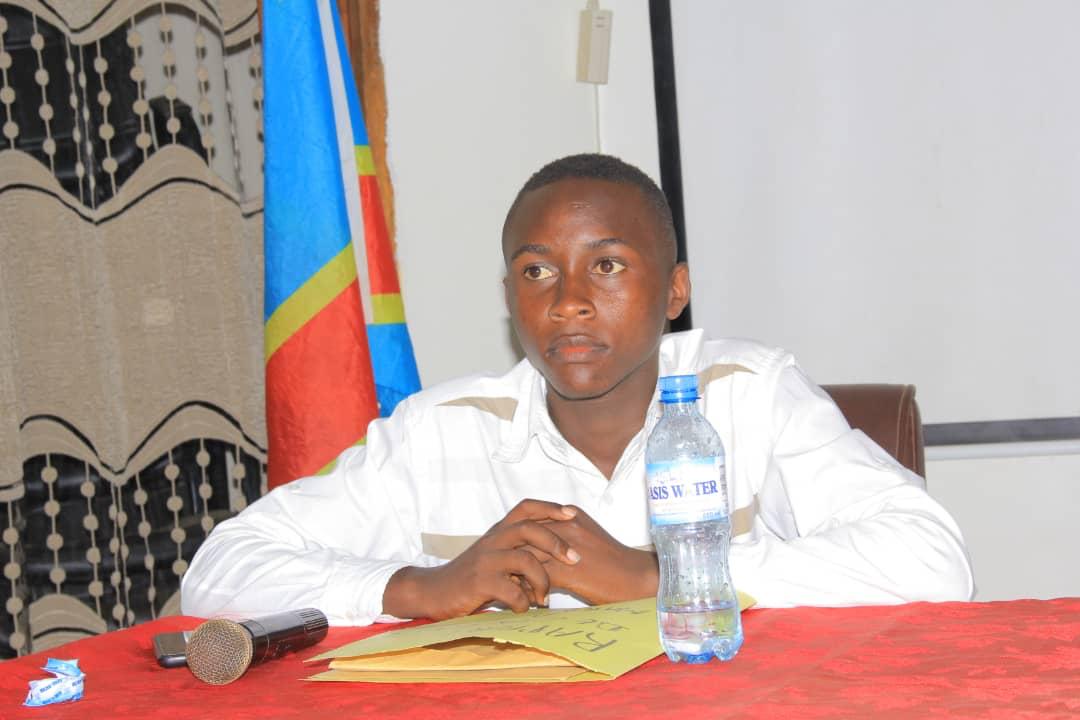 Violence of all kinds, atrocities, a population living in acute psychosis, the fear of seeing the worst happen to them at any moment. Ituri is a province that has been shaken by violence for years, which has intensified since 2017 with countless incursions by armed groups, mainly the ADF, who kill peaceful populations without explanation and without the slightest mercy.

Ghislain Atiaboli, is the president of the children’s parliament in this battered province. At the age of 17, he left his province to try an experiment that many have tried without success. Namely, to come to Kinshasa, the capital of the Democratic Republic of Congo to plead the cause of children who are the first victims of these atrocities.

I am in Kinshasa to plead the cause of the children of Ituri who are victims of armed conflict and to plead for peace in our province. I managed to buy my plane ticket to persuade the authorities to take action,” says this 17 year old who is a candidate for the state exams for the current school year.

Housed in a hotel in the capital at the expense of the provincial government of Ituri, this young man contemplates a capital that lives in peace, far from the atrocities that the population of his province suffers daily. A contrast that leaves him quite perplexed.

Ghislain Atiaboli is very concerned by this situation, which bereave families in Ituri, because some of his family members have been carried away by these atrocities.
The armed groups have had to assassinate some members of my family but also my friends,” he told 24 News Agency.

According to the latest statistics, 1.6 million people are thought to be displaced in the province. What is happening in the east of the country would be called terrorism if it were happening in other parts of the world.

In the Democratic Republic of Congo, the so-called international community simply does not want to face reality and find solutions. For this teenager, it is necessary to shake the coconut tree and unite the energies of an entire country in order to put an end to these atrocities.

During my stay here, I had the opportunity to meet with a number of personalities from civil society, political parties and national deputies. This week, I will be able to be received by the adviser to the Head of State on youth issues. I would like to sensitize everyone,” emphasizes this young man.

Several children are victims of atrocities and diseases because they are exposed to all kinds of bad weather. Today many children become beggars in the streets of the city and are subjected to heavy work to find food, many young girls are today sexually exploited and even boys economically,” Ghislain Atiaboli tells us and continues,

Today the town of Bunia has more than 5000 children on the street. A total of more than 300,000 thousand displaced children in ituri are in need of urgent assistance. The children are raising their voices for the restoration of peace in this corner of the country”, Ghislain Atiaboli said.